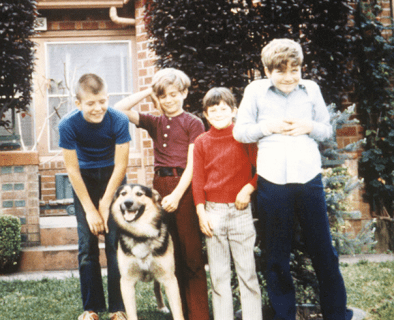 This was 1971, and the car had only an AM radio. No FM, no 8-track player, and certainly no DVDs or video games. A trip to the lake meant over an hour in the car each way, along winding mountain roads where the AM radio was useless, there weren’t enough other cars to play “slug bug,” and thumb wrestling got old in a hurry. Eventually–as four boys will do when stuck in the back seat of a car for an hour or two–we would begin to fight. It always started innocently enough with a “Quit touching me,” or a “Hey, that’s mine,” but would quickly erupt into a full-blown wrestling match on the floor of the car. Did I mention we also didn’t have seat belts?
END_OF_DOCUMENT_TOKEN_TO_BE_REPLACED 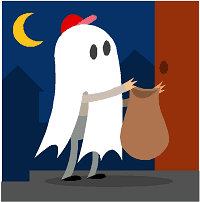 Of all the holidays that we celebrate each year, Halloween is the one with the greatest potential for sparking the imagination. Kids (and let’s be honest, quite a few adults, too) are thinking about the costume they’ll wear, long before the actual night. And it’s easy to get everyone excited about making fun decorations for the classroom and elsewhere.

Witches, goblins, superheroes, and cartoon characters meet Jack o’Lanterns, fangs, and zombies in a festival of the unreal and the fantastic. (Not to mention all the free candy!) It’s the perfect opportunity to round up some of that bubbling excitement, and turn it into poetic fun! Here are a few ideas for the Scary Season, activities that are easily adaptable for most age-groups.
END_OF_DOCUMENT_TOKEN_TO_BE_REPLACED 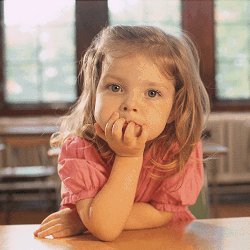 It’s unfortunate but true, and probably due to our tech-driven, scientifically orientated world, that when I tell people I write poetry for a living, I’m likely to hear the question, “But what’s it for? What does it do?” And that’s a puzzler when it comes to literature and poetry. To those of us who love it, it’s perfectly obvious what it’s “for.”

But just in case you’re asked that question about poetry any time soon, and you want to have something to say without spluttering in indignation, I thought I’d throw together a few little-know facts about the effect poetry has on children’s brains (and ours, for that matter).