Buy the book The Elephant Repairman 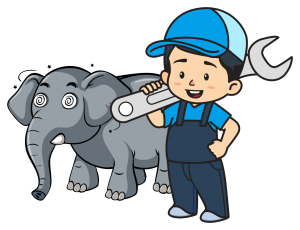 If your elephant is broken
and she needs a quick repair,
call the elephant repairman
and he’ll instantly be there.

If her trunk can’t play the trumpet
or her toes can’t tap a beat,
then the elephant repairman will
inspect her nose and feet.

If her tail won’t hold a kite string,
if her ears won’t make her fly,
then the elephant repairman
will explain the reason why.

When he figures out the problem
then he’ll start on the repair
with his elephant repair kit,
which he carries everywhere.

And it’s guaranteed your elephant
will soon be good as new
since repairing broken elephants
is what he likes to do.

But he cannot fix your dinosaur,
your dragon, or your duck.
So, if one of them is broken,
I’m afraid you’re out of luck.

In case you’re wondering why I wrote this poem, here’s what happened. A few years ago, I was dreaming up ideas for new poems when I thought of an “elephant repairman,” about a person who fixes broken animals. I liked the idea that “elephant repairman” sounds a lot like “telephone repairman,” but it’s much more ridiculous. As I began writing, that idea turned into a completely different poem called “I Fix My Duck with Duct Tape.”

However, that poem didn’t have any elephants or an actual repairman character in it, so I held onto the idea in my notebook, just in case. Recently, I decided to see if I could write an entire poem just about the elephant repairman, and this was the result. I also especially like the rhythm of this poem which goes:

It is the same rhythm I used in my poem “The Weasel and the Whale,” though with shorter lines for ease of reading. If you want to know more about this rhythm, keep reading, but with the following warning:

Warning: This is about to get boring!

If you find your eyes glassing over and your head beginning to nod upon reading the following paragraph, I recommend you stop immediately and, instead, go read another poem.

For you poets out there who are interested in the technical side of my writing, this poem is written in tertius paeonic dimeter with a catalexis on the even-numbered lines. A “tertius paeon” is a tetrasyllabic (four-syllable) foot with a single stress on the third syllable. But because the poem uses only masculine (single-syllable) rhymes, the final foot of the alternating lines is missing the final, unstressed syllable. Some might call this an anapaest, but I prefer to think of it as a catalectic tertius paeon.
And, as I already mentioned, I particularly like this rhythm. I think it provides just the right amount of bounciness to such a silly poem.

From the book The Elephant Repairman 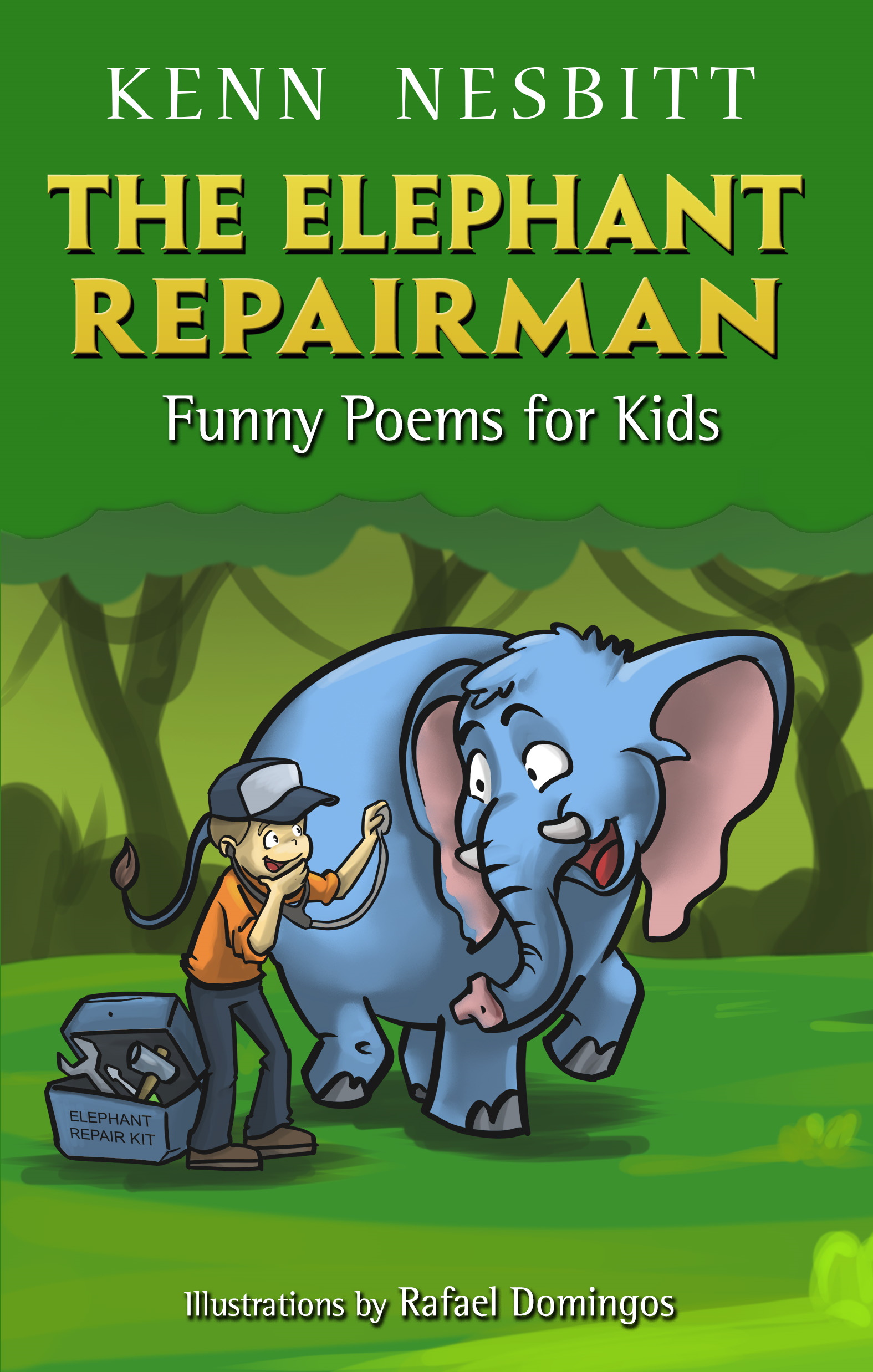