This lesson plan uses descriptive examples to explain what personification means and how it is used in poetry. Students will read poem excerpts in which examples of personification are identified. Then, they will create their own poetic sentences and short poems using personification.

Personification means using human qualities or actions to describe an object or an animal. The word “personification” actually contains the word “person,” and to personify an object means to describe it as if it were a person. Instead of saying that the sun is shining, we might say that the sun is smiling down at us. Instead of describing a flag as moving in the wind, we could say that the flag is dancing.

Using a human word to describe an object can make a poetic image seem more vivid. It can also give us an idea about how the narrator (the person describing the object) is feeling toward the object. For example, “The sun was smiling down at me” seems to indicate that the narrator has positive feelings about the sunshine. On the other hand, a narrator who says “The sun was glaring down” seems to have negative feelings about it. END_OF_DOCUMENT_TOKEN_TO_BE_REPLACED 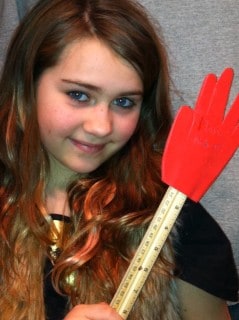 Have you ever been raising your hand so long that it starts to tingle, go numb, and you swear it’s going to fall off any second… but the teacher just doesn’t call your name? In this poem, the kid in the very back of the class is going through just that. END_OF_DOCUMENT_TOKEN_TO_BE_REPLACED 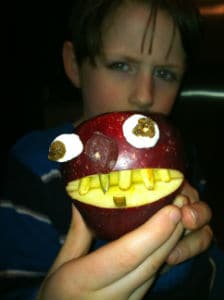 In the following poem, it is the personification of what the banana is unable to do that makes the experience hilarious. When you read the poem out loud, imagine the banana actually doing these things! Now, imagine your disappointment if you actually thought a banana could fetch and run and bow. END_OF_DOCUMENT_TOKEN_TO_BE_REPLACED 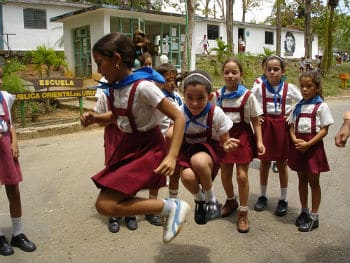 Some of the jump-rope rhymes that you’ve heard on the playground or at the park are probably the same ones that your parents or grandparents used to recite when they were kids. Maybe you know this one: END_OF_DOCUMENT_TOKEN_TO_BE_REPLACED

Host a “Luck of  the Draw” Poetry Recital

When it comes to poetry recitals, it’s not unusual to feel a bit nervous; why not lighten the mood by turning the event into a game?

Whether your group are studying a particular poem, poet or topic – or whether you’ve been writing your own poems – you can bring some excitement to the event by creating a ‘lucky-dip’. A ‘lucky-dip’ is a British game, where small prizes are concealed inside a large container, and players have to reach inside and grab one without being able to see what it is. In this recital game, the prizes are the poetry!

First, decide what you will be reciting. The text will need to be printed onto slips of paper. If you have been looking at one particular poem, each slip could have one line or phrase; if you have been studying a poet, or a theme, the slips could have short extracts of relevant poems; if your group have written their own poems, each one could be printed on an individual slip… Make sure you have enough printed slips for everybody in the group to receive one! END_OF_DOCUMENT_TOKEN_TO_BE_REPLACED 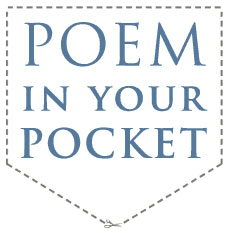 Beginning in 1996, April has been declared National Poetry Month in the US. This tradition was started by the Academy of American Poets to celebrate poets and the wonderful things that poetry can bring to our lives.

There are plenty of ways for kids to celebrate National Poetry Month. Here are a few suggestions to get you started: END_OF_DOCUMENT_TOKEN_TO_BE_REPLACED

Congratulations to the winners of the 2013 TIME for Kids Poetry Contest! I had so much fun reading all the entries and selecting the winners, plus a few “honorable mentions.”

The grand-prize winning poem this year was by 9-year-old Shannon Lipp. Her poem “Cleaning My Room” was so much fun to read that I just had to select it as the best submission of the contest.

In addition to Shannon’s wonderful poem, the runner-up winners were “Devilish Angel” by 10-year-old Austin Valencia, “What Happened at the Zoo” by 10-year-old Emily Klag, and “Eating” by 12-year-old Christy Koh.

You can read all of the winners, plus several honorable mentions on the TIME for Kids website, and in the March 29, 2013 issue of TIME for Kids Magazine.

A big congratulations to all of the winners and honorable mentions, and to all of the kids who took the time to write a poem and submit it. If I could have, I would have picked a hundred winners. There were at least that many poems that were true winners in my eyes. 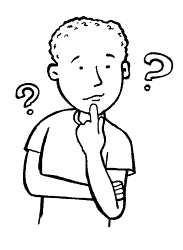 Exploring riddles allows you to be a detective and a spy, following clues, and writing in code.  Follow this lesson plan to take your creative thinking skills to the next level using riddle poetry!

What Is A Riddle?

A riddle is a statement or a question with a hidden meaning that forms a puzzle to be solved.  A “riddle rhyme” is a riddle that is written in the form of a poem. Riddles are often set out in short verse, and have been found across the world throughout history; in Old English poetry, Norse mythology, Ancient Greek literature, and the Old Testament of the Bible!

One of the most famous examples is the riddle of the Sphinx (a creature with the body of a lion and the head of a human being).  According to the story, if you could answer the riddle you were free to pass, but if you failed, the monster would eat you!  Can you solve it? END_OF_DOCUMENT_TOKEN_TO_BE_REPLACED 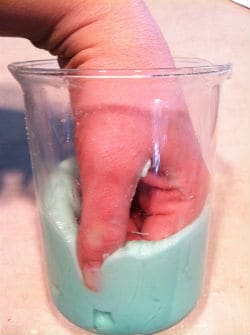 April 1st is one of my favorite days of the year. Why? Because it’s April Fool’s Day!

April Fool’s Day is a time to get creative and play fun pranks on friends, teachers, siblings and parents.  There’s also the anticipation of the prank’s success, and the thrill of wondering if someone is going to play a prank on you. The most important thing to remember about this silly holiday is to keep a good attitude. Sportsmanship is key. Make sure your pranks are not designed to hurt anyone physically or emotionally. Also, don’t get angry if someone puts a whoopee cushion on your seat. It’s funny… so laugh along.

In the following poem, kids play all kinds of April Fool’s Day pranks on their teacher… only to discover that their shenanigans land them in a not-so-funny situation! END_OF_DOCUMENT_TOKEN_TO_BE_REPLACED 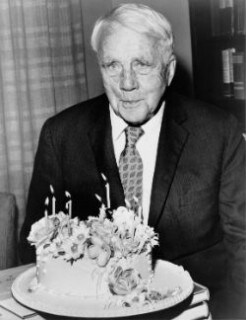 He first got interested in writing poetry when he was in high school, and he published his first professional poem in a newspaper when he was 20 years old. Frost had many different jobs after high school. At different times he was a farmer, a newspaper editor, a teacher, a factory worker, and even a cobbler (someone who repairs shoes). Frost became friends with another famous poet, Ezra Pound, during a brief period of time when they both lived in England. END_OF_DOCUMENT_TOKEN_TO_BE_REPLACED