The Dancing Baboon of Djibouti

Buy the book The Tighty-Whitey Spider

The Dancing Baboon of Djibouti
is known for his breakdancing skills.
He flips on his hips and his booty
from Boston to Beverly Hills.

He’ll bounce from his back to his belly.
He’ll hop on his hands and his chin.
He’ll scissor from Dublin to Delhi,
then drop to his shoulders and spin.

He’ll windmill from here to Helsinki.
He’ll rocket from Reno to Rome,
then pike on the point of his pinky
and pretzel hop into your home.

But if the Baboon of Djibouti
starts dancing inside your abode,
to run for your life is your duty,
for things are about to explode.

He’ll smash all your glasses and vases.
He’ll trash all your tables and chairs.
He’ll pull all your books from their cases,
then throw your TV down the stairs.

He’ll shatter your platters and pictures.
He’ll crash through the windows and walls.
He’ll fracture your bathtubs and fixtures.
He’ll rip up the rugs in the halls.

It may be his footwork is funky,
but dancing just isn’t enough,
for though he’s a breakdancing monkey,
he’s happier breaking your stuff.

From the book The Tighty-Whitey Spider 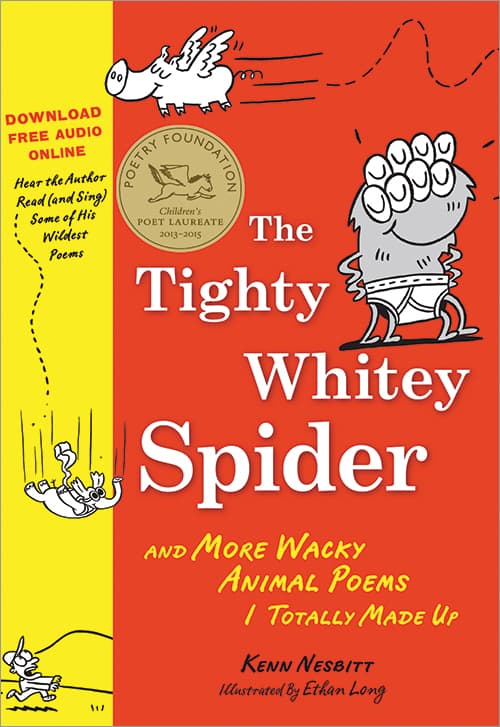