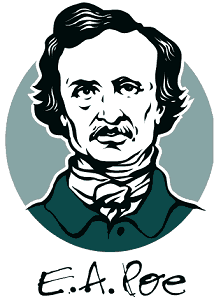 In the last Rhythm in Poetry lesson, we talked about the “iamb,” a two-syllable poetic foot with the stress on the second syllable. The reverse of the iamb is called the “trochee” (pronounced TRO-kee). Like the iamb, the trochee is a two-syllable foot. But instead of being stressed on the second syllable, trochees are stressed on the first syllable. For example, the word “today” is an iamb because we emphasize the “day” not the “to.” (That is, we say “to-DAY,” not ‘TO-day.”) But the word “candy” is a trochee, because we emphasize the “can” and not the “dy.” (It’s pronounced “CAN-dee,” not “can-DEE.”) Look at it like this:

And that is trochaic rhythm. My poem “Gerbil, Gerbil, On the Run” is written entirely in trochaic. Here’s how it starts:

Now you might notice that the final foot of each line in this poem only has one syllable (run / fun, shape / cape). It’s perfectly okay to drop the final unstressed syllable in trochaic lines in order to have “single rhymes” instead of “double rhymes” at the ends of the lines. (Poets have a fancy name for this. When we drop the final unstressed syllable, we call it “catalexis,” which you don’t need to remember, but I like the word because it sounds like a cat driving a Lexus.)

The poet Edgar Allan Poe is most famous for his poem “The Raven.” Much of this poem is written in trochaic. For example, the first line reads like this:

Another of the most famous trochaic poems is William Blake‘s “The Tyger” which begins like this:

Do you see how the beginnings of each two-syllable foot are stressed (pronounced more strongly than the second syllable)? This is what makes these poems trochaic.

Why Use the Trochee?

Trochaic rhythm is not used very often in English-language poetry because this rhythm tends to make long poems a little boring or “monotonous” to read. Usually, only short poems like “Tyger, Tyger” are written in trochaic; otherwise readers might get tired of reading after a while. So why would you want to write your poems in trochees?

One important reason to try your hand at writing trochaic poems is to see how this rhythm can make your poems sound different. As you are learning to write poetry, it’s good practice to try writing poems with different rhythms, different line lengths, and different rhyme schemes. Not only will this help you decide what styles you like best, but it will help you become a better poet.

If you’re ready to try writing a poem of your own in trochaic rhythm, I suggest you start with a two-syllable word like “candy,” “monkey,” “apple,” “pickle,” etc. Write it down, and then see if you can write a whole trochaic line, like this:

If you want to rhyme your poem, see if you can add another line with the same number of trochaic feet, like this:

Once you’re off to a good start, keep on writing and see if you can tell a whole story in trochees!

In the next Rhythm in Poetry lessons, I will show you some of the other types of feet you can use to write poems, including feet with three syllables. In the meantime, have fun with iambic and trochaic rhythms.

Next lesson: More than Two Feet