A Poetry-Writing Lesson for Kids 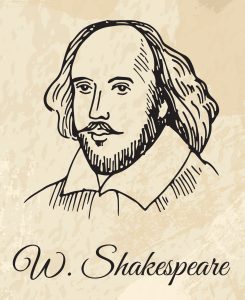 The sonnet is one of the most common traditional poetic forms. They have been written for hundreds of years with some of the most well-known sonnets written by William Shakespeare.

Though the sonnet was originally created in Italy, with the earliest sonnets written in Italian, they have been written in English, French, Dutch, German, and many other languages as well.

In the English language, there are two main kinds of sonnets: the “English” (or “Shakespearean”) sonnet and the “Spenserian” sonnet, named after the poet Edmund Spenser.

In this lesson, you will learn how to write an English sonnet because this is the most common type of sonnet.

The Rules of the Sonnet

In poetry, a “form” is a set of rules describing how to write that kind of poem. English sonnets have these rules:

Lastly, the first line of a sonnet should state the “theme.” In other words, it should say what the sonnet is about. And the final couplet should give the reader a “conclusion” or ending to the poem.

Because of all these rules, sonnets can be more challenging to write than shorter, simpler poetic forms such as haiku, diamantes, or cinquains. But it can also be more rewarding to know that you can write a poem like Shakespeare did.

My Teacher Said to Write a Sonnet Now

My teacher said to write a sonnet now.
She told me, “It should be a work of art.”
I’d like to but I’m really not sure how.
I wish someone would show me where to start.

I heard the rhymes should be ABAB,
which means I can’t rhyme every single word.
The second and the fourth lines rhyme, you see.
And you should rhyme the first line with the third.

The first three stanzas all have four lines each.
The final couplet? That has only two.
A sonnet’s not an easy thing to teach.
I guess that’s what this poem aims to do.

It seems that starting was the hardest part.
I hope the teacher likes my work of art.

My Dog Is Not the Smartest Dog Alive

My dog is not the smartest dog alive.
He says that submarines know how to dance.
He seems to think that two plus two is five.
He’s sure Japan’s the capital of France.

My dog declares that tigers grow on trees.
He tells me that he’s twenty-nine feet tall.
He argues only antelopes eat cheese,
then adds that ants are good at basketball.

He swears the sun is made of candy bars.
It seems to me my dog is pretty dense.
He says he’s seen bananas play guitars.
He talks a lot but doesn’t make much sense.

Although I love my dog with all my heart,
I have to say, he isn’t very smart. 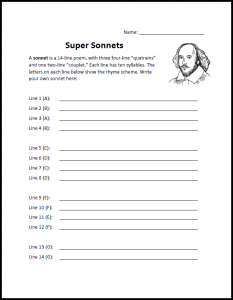