Buy the book My Hippo Has the Hiccups

When the musical contest for monsters convened,
the Wolfman was howling and played like a fiend.
Then Dracula jammed, but flew into a rage
when Frankenstein’s torch singing lit up the stage.

The Creature that came from that famous lagoon
was booed by the ghosts when he sang out of tune.
Dr. Jekyll had stage fright and ran off to hide,
while Igor sang love songs to Frankenstein’s Bride.

The Thing did impressions. The Boogey-Man danced.
The Zombie just stood there, completely entranced.
The Invisible Man played his air guitar well,
but no one could see him so no one could tell.

They played through the night having oodles of fun,
but couldn’t determine which monster had won.
And so they decided they’d have to convene
and do it again on the next Halloween.

From the book My Hippo Has the Hiccups 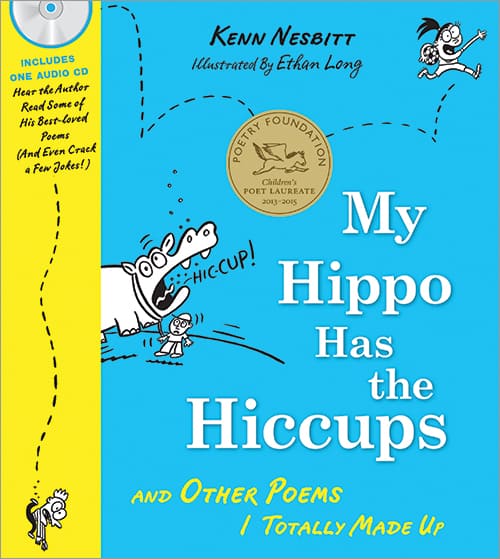