From the book The Oxford Book of Children's Verse in America 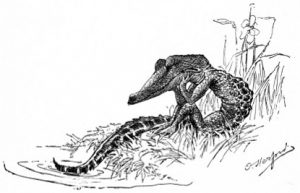 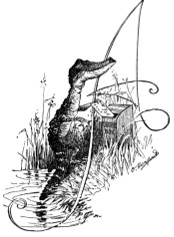 Crocodile once dropped a line
To a Fox to invite him to dine;
But the Fox wrote to say
He was dining, that day,
With a Bird friend, and begged to decline. 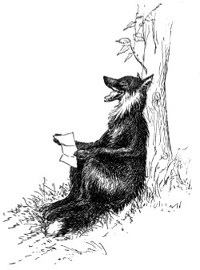 She sent off at once to a Goat.
“Pray don’t disappoint me,” she wrote;
But he answered too late,
He’d forgotten the date,
Having thoughtlessly eaten her note. 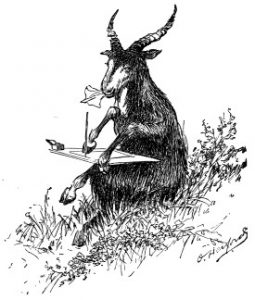 The Crocodile thought him ill-bred,
And invited two Rabbits instead;
But the Rabbits replied,
They were hopelessly tied
By a previous engagement, and fled. 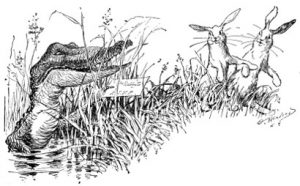 Then she wrote in despair to some Eels,
And begged them to “drop in” to meals;
But the Eels left their cards
With their coldest regards,
And took to what went for their heels. 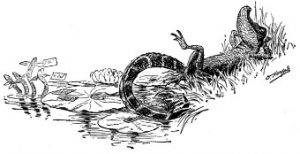 Cried the Crocodile then, in disgust,
“My motives they seem to mistrust.
Their suspicions are base!
Since they don’t know their place,–
I suppose if I must starve, I must.”

From the Book The Oxford Book of Children's Verse in America