Today, we’re celebrating the life and poetry of Robert Service, one of the most beloved poets in history. Robert Service was a British-Canadian poet and writer who is best known for his works about the Klondike Gold Rush in the late 19th century. He was born on January 16, 1874 in Lancashire, England, and had nine siblings. 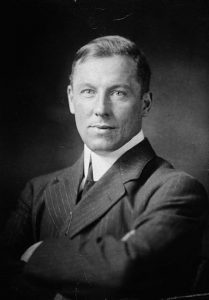 Service moved to British Columbia, Canada at the age of 21, where he worked a variety of jobs, including as a bank clerk, a farm laborer, and a store clerk, though he dreamed of being a cowboy. He was also writing poems at that time.

He got his first poems published in 1900, at the age of 24, in a daily newspaper called the Victoria Daily Colonist. The Colonist continued publishing his poems for the next several years, while he continued working mainly as a bank clerk.

In 1904, his bank sent him to work in Whitehorse, in the Yukon territory of Canada. There he heard stories of the Klondike Gold Rush, and read famous poems of the time, such as Ernest Lawrence Thayer’s “Casey at the Bat” and Rudyard Kipling’s “Gunga Din.” It was these stories and poems that inspired him to write his most famous works.

In the early 1900s, he began writing poems about the gold rush, which he experienced firsthand while living in the Yukon. These poems have been celebrated around the world for their vivid descriptions and captivating stories about frontier life during this exciting period in history. His most famous poem is “The Cremation of Sam McGee,” which tells a gripping story about an old prospector who dies alone on a frozen lake near Dawson City. Other popular works include “The Shooting of Dan McGrew” and “The Spell of The Yukon.”

His first book, Songs of a Sourdough was published in 1907, when he was 33 years old. The book was so popular that it was reprinted more than a dozen times and made service a wealthy man. 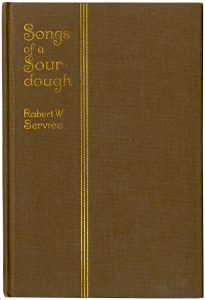 In addition to his poetry, Service also traveled widely and wrote several novels and non-fiction works about his travels and experiences in the North. He was a prolific writer throughout his life, and his works continue to be popular and widely read to this day.

In fact, I even wrote a Christmas poem once, called “The Night Santa Claus Came,” that was inspired by Robert Service. My poem is a retelling of Clement Clark Moore’s “A Visit From Saint Nicholas,” (also known as “‘Twas the Night Before Christmas”) in the style of Service’s “The Cremation of Sam McGee.”

Robert Service died on September 11, 1958, at the age of 84. All these years later, he is still remembered as one of Canada’s favorite and most important poets, not only because his words capture so perfectly what it felt like to live out west at that time but also because they continue to inspire us with tales of courage, adventure, and friendship even today.