Alan Alexander Milne, commonly known as A.A. Milne, was an English author, playwright, and poet who is best known for his children’s books, particularly the Winnie-the-Pooh series. He was born on January 18, 1882 in Kilburn, London, England. 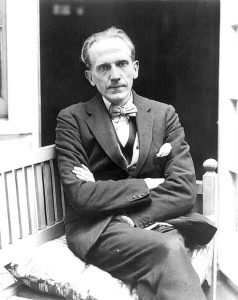 Milne attended Westminster School and Trinity College, Cambridge, where he studied mathematics and graduated with a degree in mathematics in 1903. After college, contributed humorous poems and essays to Punch, a weekly humor and satire magazine, and eventually became an assistant editor there.

As a young man, Milne was a talented cricket player, and played on a couple of teams with many famous authors of the time, including J.M. Barrie, the author of Peter Pan, Arthur Conan Doyle, the author of the Sherlock Holmes stories, and best-selling humorist P. G. Wodehouse.

From 1915 to 1920, Milne served in the British Army during World War I and beyond. For a couple of years during his time in the army, he wrote articles for British Military Intelligence. 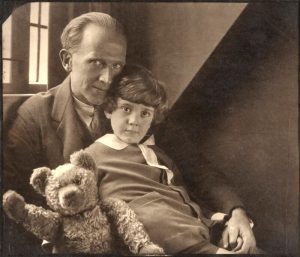 In 1924, two years before the publication of Winnie-the-Pooh, Milne published his first book of poetry for children, When We Were Very Young. The book was a best-seller and was followed by several more books of poetry, including Now We Are Six, and other children’s books 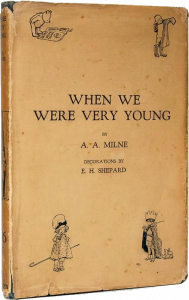 Milne’s most famous work is the Winnie-the-Pooh series, which features the lovable teddy bear and his friends in the Hundred Acre Wood. The first book in the series, Winnie-the-Pooh, was published in 1926 and was an instant success. The sequel, The House at Pooh Corner was also well-received and continues to be popular today. 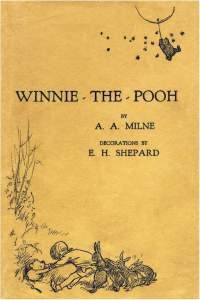 Milne’s writing was characterized by its simplicity and whimsy, and his poetry for children was particularly beloved for its ability to capture the innocence and wonder of childhood. Many of his poems, such as “At the Zoo” and “The King’s Breakfast,” have become classics and are still enjoyed by children and adults alike.

Milne passed away on January 31, 1956, but his legacy lives on through his enduring works of literature. His contributions to children’s literature and poetry have had a lasting impact and continue to be enjoyed by readers all over the world.